Home » Blog » History of Wallets: How It All Happened 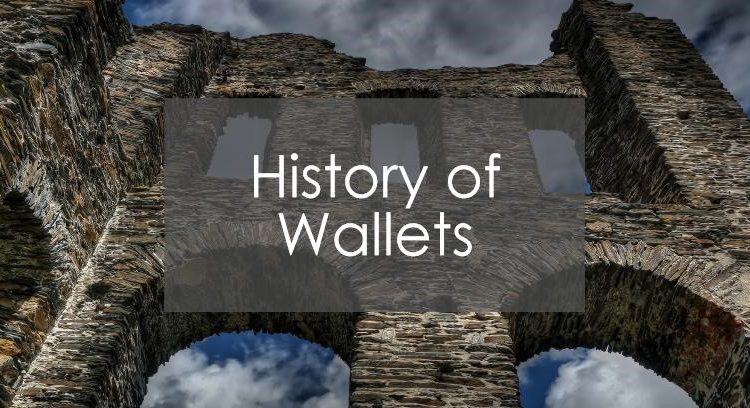 We carry our wallets around every day, taking them in and out of our pockets and stuffing our receipts into their folds. They are incredibly useful, and often quite beautiful, items. Given just how much we rely on these folds of leather, it is surprising how little most of us know about how they came to be in our pockets. 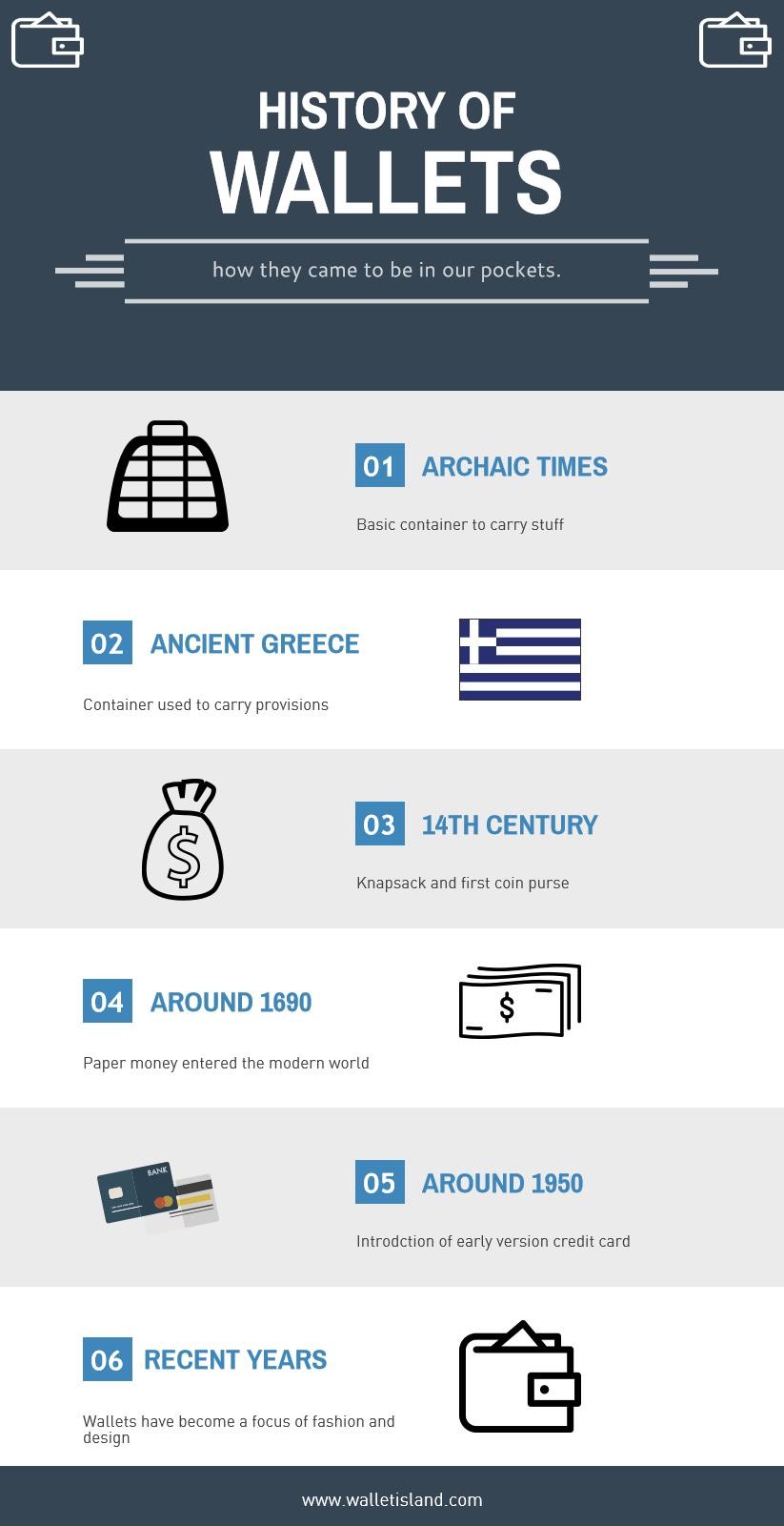 The history of wallets in words

For as long as humans have been around, we have needed to carry our stuff. Early on, in archaic times, baskets were a primary method of accomplishing this task, though any sort of container would do. Some cultures had large, sling-like swaths of leather that they filled with their goods, while others built small boxes and buckets out of available materials. Whatever these archaic people had the need to carry—be it treasured items, tools, or freshly foraged food—their all-purpose carryall was on hand to get the job done.

The next iteration of these containers came into being in Ancient Greece. At the time, this ancestor of the wallet tended to resemble a lunchbox more than the modern-day billfold. For the ancient Greeks, this container was whatever item was being used to ferry provisions—food and drink, tools, extra supplies—back and forth to one’s place of work or off on a long journey. Money is likely to have been amongst these items, as Ancient Greece was one of the first cultures to develop a market-based economy. There was not, however, a separate container of for currency at the time. 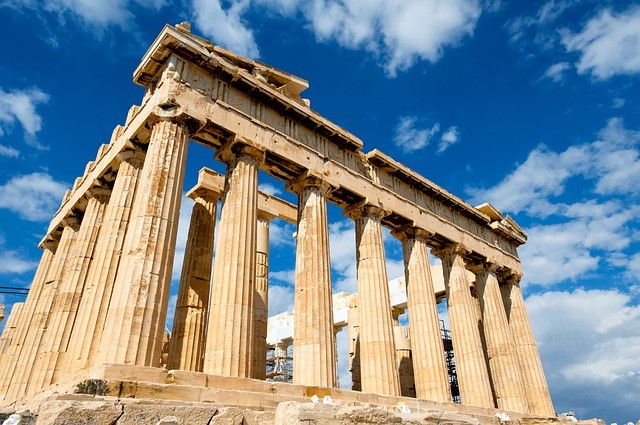 The obvious follow-up to this lunchbox version of the wallet was the knapsack, and for part of the 14th century, the two were somewhat synonymous. In modern usage, British English defines the word “knapsack” as what most Americans call a backpack—and that’s roughly what the ancient version was too. Graduating from hand-carried or single-strap bundles, boxes, and baskets, people began to add a second strap to their carryalls, placing one over each shoulder. These bags were a more convenient version of the Ancient Greek carryall, allowing a redistribution of weight that made long journeys much easier for those weighed down by packs.

It was around this same time that the wallet as we know it began to emerge, first in the shape of a coin purse. As market economies developed all over Europe, spreading out from Ancient Greece and Rome, there came the need for something to carry these newly-valuable bits of money. Bartering systems were still in use, though they were no longer the exclusive means of trade. Knapsacks and other carryalls were used for larger, non-currency items, while coins made their way into a separate purse. Drawstring pouches were the first iteration of the modern, money-only wallet—and quite a useful one at that. Paper money had not yet hit the scene, so there was no use for neat folders or slots. With a handful of coins jangling around, a little leather bag was just right.

Around 1690, paper money entered the modern world. It was introduced by the Massachusetts Bay Colony as a new means of trade. Unregulated by any federal agency at the time, it was a system that operated largely on trust between givers and recipients. Paper money acted more as a receipt than as something that had ascribed value in and of itself. Despite the relative instability of this first form of paper currency, wallets were quickly adapting to accommodate it. One there were thin, rippable paper bills to be handled, a more protective structure was needed. The earliest of these modern wallets were flat pouches with a single flap. Most all of them were made from horse or cow leather, and carried by men of the New World. As time passed, they became slightly more genteel and were used to store calling cards as well as to keep paper money—which was quickly catching on—flat and well organized.

By the 17th century, the word “wallet” was in common use in English vernacular. The word clung to two definitions—its origins as a carryall bag, basket, or knapsack, and its more recent meaning of a flat pouch for carrying money. Interestingly, it was seen as quite uncivilized to carry a wallet in your pocket at the time. This may be due to the fact that wallets could often be used for carrying messy bits of food—you wouldn’t want to be staining your pants, after all.

Wallets remained more or less the same—a flat, single pouch, single flap item—until around 1950 when the first multi-purpose charge card—established by the Diners Club of New York City—came onto the scene. This early version of the credit card was made of cardboard and could only be used at specifically designated New York City businesses. Despite these limitations, however, the Diners Club card grew to more than 10,000 members, with 28 restaurants and two hotels accepting the payment structure. As these tiny slips of cardboard grew more popular—and turned into tiny slips of plastic too—wallet makers adapted to the national trend. In order to accommodate these new items, wallets grew slimmer, added card-sized slots, and became stylish items that were regularly folded into men’s pockets. It was no longer considered uncivilized to carry one’s wallet about in a pocket, perhaps because they were no longer used to transport food or other items—the backpack, messenger bag, and briefcase had evolved to meet those needs.

While wallets are always advancing, they have retained this same basic shape and function since the 1950s. In countries with significant reliance on coin currency, they also include a small coin purse. In more recent years, wallets have become a focus of fashion and design, operating as a style statement all their own. There is a wide range of wallet options, and they can be found in almost any material imaginable—from upcycled paper and duct tape, to gorgeous Italian leather, to carbon fiber casing. Whatever you are looking for in a wallet you are sure to be able to find it. 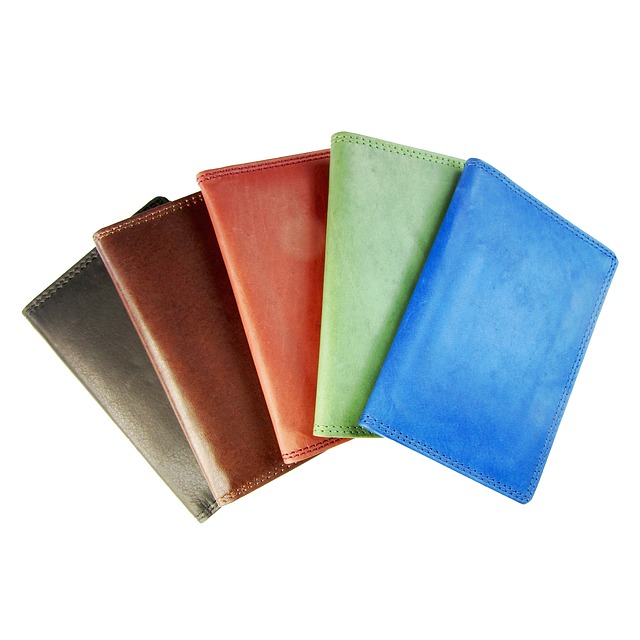 The history of wallets is surprisingly engaging, sharing common ancestors with unexpected items (who knew that a wallet used to be a lunchbox?). The next time you reach to grab your wallet from the bedside table, you can think back and thank archaic peoples for deciding that they needed a better way to carry their stuff.

walletisland.com is a participant in the Amazon Services LLC Associates Program, an affiliate advertising program designed to provide a means for sites to earn advertising fees by advertising and linking to amazon.com